Formed in 1986, we currently have over 500 members. For more information on our services, please see our Membership webpage.

If you have suggestions for any further useful information and/or webpages, please submit them via our Comments webpage. 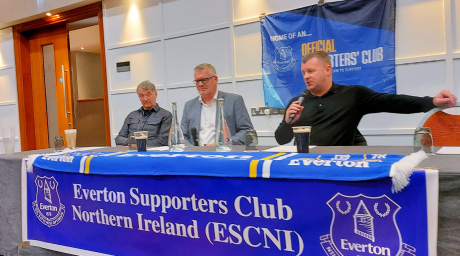 Before the event proper began, there was a communal viewing (on the hotel's giant screen) of Everton's unfortunate defeat at West Ham.

The event itself was compered by Everton's Darren Griffiths, and he was as professional as ever. The first half of the event, comprised Darren interviewing the two former players (Graham Stuart and Barry Horne) on Everton’s current predicament and on their own past careers.

At half time, everyone adjourned to the foyer to enjoy a hot finger buffet and tea/coffee; all kindly supplied by ESCNI. 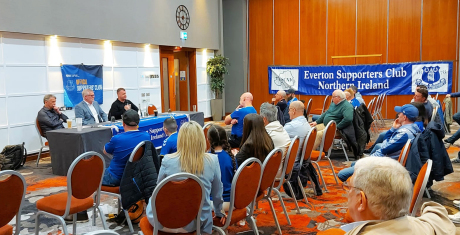 The subsequent second half was a Q&A session with various members asking questions. Afterwards, the Everton guests stayed on to chat, provide autographs and to have their pictures taken with those ESCNI members in attendance. It was great to hear from the two ex-players and everybody in attendance had a good afternoon – apart from the result of course! Graham and Barry spent time with the members, which was really appreciated, and it was a most worthwhile event. There were around 45 ESCNI members in attendance.

The event closed with a prize draw (won by Ciaran Mulligan, from Castlewellan) for a signed shirt kindly provided by Everton. 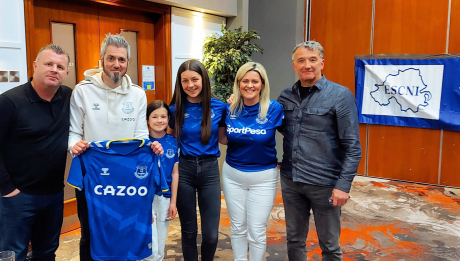